Menu
|
|
|
|
myBiz Blog
|
Study Abroad: London: An Infamous Past to a Famous Future?

Study Abroad: London: An Infamous Past to a Famous Future? 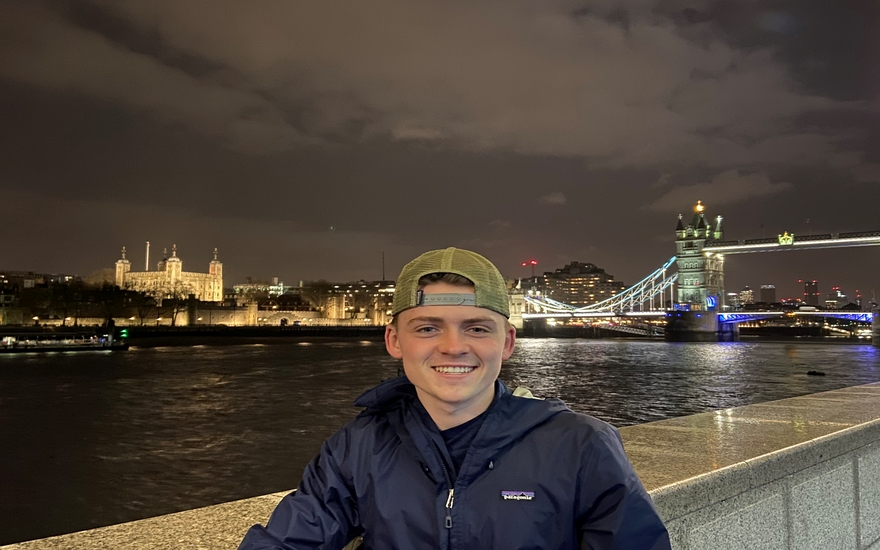 If you read my last blog post, you’ll recall that my desire to travel outside of Ireland was paramount. I’m glad to share the next stop on my study abroad adventure: London, England. Due to the long history between Ireland and England, it seemed there would be an uncanny resemblance between Dublin and London, but to my great surprise, the two weren’t very similar at all.

Perhaps the best part of Dublin is its authenticity. The people, their relationships, and the orientation of time in Ireland make it such a genuine place, where people feel welcomed by the city. London, on the other hand, seemed very much the opposite. At one point in time, London might have had a similar vibe, but the city is now a metropolis of bustling business activity, grand tourist attractions, and a commercial maze.

In order to spare you every detail of my great London trip, I’ll instead share just my favorite part, which offers a glimpse of what the city is like. On the second day in London, we visited the infamous Tower of London. While the Beefeaters walked us through the castle, they told us terrible stories, so terrible that my just-eaten English breakfast churned in my stomach. With a history as old as the city itself, this sight is a must-see not only for history lovers, but for all visitors. The tour helped me to fully grasp the extent of the monarchs’ influence on the UK’s history, in light of the fact that they were the ones to build the bridge.

We made our way to the Crown Jewels (all the crowns and jewelry worn by the royal family), and then to the memorial marking all those who were executed inside the castle. After spending two or three hours wandering the castle, I left from the bridge just next to Traitors’ Gate, the original entrance to the castle. Most consistent with what is London today, I managed to find the area’s major attraction, a Starbucks down the street.

While some aspects of the commercial boom have had negative impacts on London, newer areas might still be some of the best parts of the city. The historical attractions are all very well looked after, and the influx of wealth from business and consumers alike have made the nightlife, restaurants, and shopping districts second to none. London offered a week’s worth of great fun, history lessons, and efficient tube rides. While the city holds on to its past, it has managed to transform itself into a great economic epicenter.  One last note on London: if you happen to have the opportunity to try black pudding—don’t. You won’t regret turning it down.