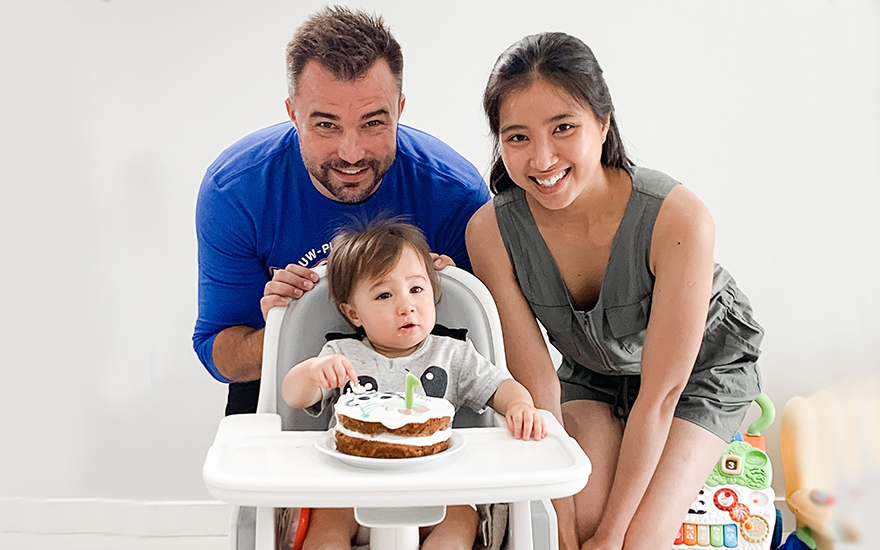 It is striking that out of the global economic upheaval of the last year, one of the most optimistic voices comes from the Senior Manager for Digital Experience & Product at Royal Caribbean, Curt Frey. But as he puts it, in a strange sense the stars have aligned in such a way for the embattled cruise industry to emerge stronger in the end than before the pandemic. With that said, Curt is in no way diminishing the toll COVID has taken on the cruise leader: “It’s been an interesting challenge, because we’re basically trying to pull the cruise industry back from the dead and do it in the most positive way possible. Because everyone understands that a post-COVID cruise is going to look different than a pre-COVID cruise, and we’re trying to make sure it’s not worse, it’s just different.”

Curt added that while the pandemic required him and his team to modify Royal Caribbean’s business model in order to accommodate all the necessary health and safety measures, there was a need to withdraw from other non-essential activities. As a result, the cruise leader was forced to pull out of recruiting efforts like those at UW-Madison.

As tall a task as restructuring business operations and much of the cruise experience is for leaders like Curt, conveying to the general populace that cruises will not only be safe upon reopening, but the customer experience will still be rewarding, is a formidable challenge in itself.

“The change in the narrative might be just as difficult as the actual task of adopting all the operation and safety protocols. I’ve done a lot of challenging things: startups, Super Bowl commercials… I’ve done a lot of crazy things in my career but I’d have to say this has probably been the most challenging.”

Curt’s eclectic career began before he even matriculated as an MBA candidate at the Wisconsin School of Business. He was one of the original founders of a tech startup prior to enrolling in the OTM-specialized program before selling it in 2010. Curt decided to return to school because while he has always been entrepreneurial, he wanted to see what academia could teach him about succeeding in the startup world.

“When I was doing my startup, we did [it] immediately after undergrad. There were thoughts I just couldn’t articulate, except that it was an instinctual feeling. The Weinert Center gave me a thought construct that I couldn’t have articulated prior and it helped me understand fundamental principles of tech product management.”

Curt further elaborated on his experience as a student of the Weinert Center by sharing that he still carries a book that Professor Jon Eckhardt introduced to him and his classmates in the Venture Creation course called “Getting to Plan B.” What he likes most about the book is that it prompts entrepreneurs to acknowledge that their assumptions are more than likely wrong and that their business model is more than likely flawed. It goes on to say, however, that as long as they are willing to pivot quickly based on data, rather than intuition alone, they can be successful.

“Prior to going into my MBA [program], I would have let all of that happen more instinctually and would have likely been incorrect. The fact that I had a successful startup prior to my MBA was strictly based on raw brute force determination and a fair bit of luck. Now I could say it would be much more data-driven and logic-based than it would have been.”

While he is no longer at a startup, Curt is emphatic that he has never stopped utilizing his entrepreneurship background. He explains that having a career where he is able to apply his entrepreneurial spirit is non-negotiable and in fact, he has resigned from companies in the past that did not allow him to do that. Curt insists that whether it is founding one’s own company or working within a larger corporation, entrepreneurship is a skill that should never be discarded in business.

Finally, Curt shared which characteristics he feels benefit him the most and those he uses on a daily basis. He plainly states that entrepreneurs need to hone the ability to relate to the customer and see the good or service through their eyes.

“First and foremost is the empathy. As an entrepreneur, you become so ingrained in trying to understand the customer’s problem so you can solve it. You’re constantly saying to yourself, ‘I’m trying not to focus on my solution — I’m trying to focus on the customer and their problem.’

The second trait he sees as essential to successful entrepreneurs is a motivation to learn and aggregate data, which he explains is necessary to better understanding their customers. Curt mentions that his continuous research on news, trends in the market, and competitors leads him to some surprising sources; he admits he often finds himself looking at the operations of sports arenas (as he puts it, it’s very related to the operation of getting a customer on and off a cruise ship).

While entrepreneurship may not feel like an obvious need for mature companies that have been in business for decades, Curt doesn’t see it that way at all: “Companies that are 80 years old and have done the same thing for the last 30 years may need people like us to help them understand how to improve their operations and understand the customers, and entrepreneurs know how to do that almost inherently.”

Whether their post-graduation plans take them to a company with 1,000 employees or one with less than 10, graduates of the Weinert Center can depart campus confident that the skills they have developed will set them up for an impactful career.

Alumni Newsletters
« Back to news
Back to Top