Weathering the 2020 Storm in Venture Capital 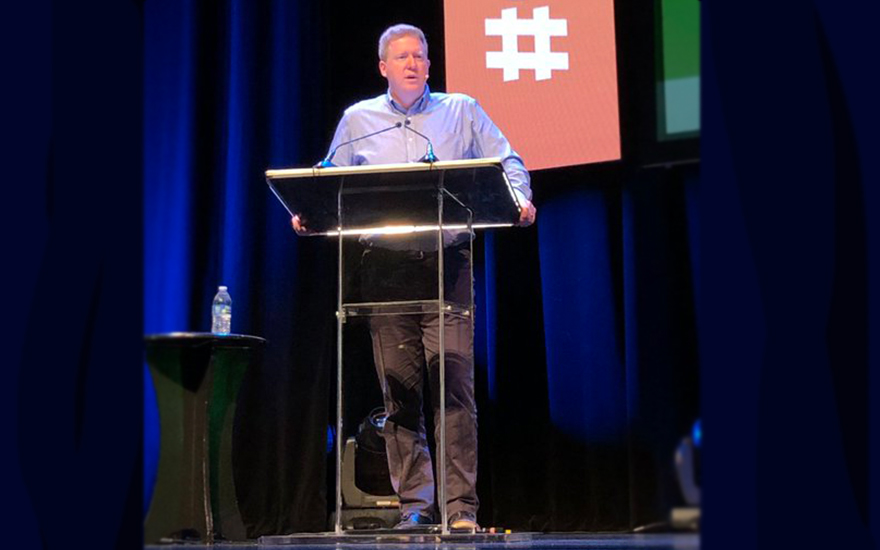 2020 is synonymous with visual clarity but this year has been anything but clear. In the first half of 2020, we have seen a global pandemic, murder hornets, and a spotlight on racial inequality. We caught up with board member Dan Reed, Managing Director of American Family Ventures to find out how his team is weathering the storm and what the outlook is for Venture Capital.

American Family Ventures is the venture capital arm of American Family Insurance. They invest in early stage companies focused on insurance innovation, connectivity, and analytics. The venture arm was born from a need to grow partnerships outside of traditional insurance and explore emerging technologies in order to move American Family forward. In forming these partnerships, Dan said startups would ask if American Family would endorse their pitch deck or product website. Seeing the opportunity to directly invest in these companies, Dan pitched the idea of forming a team to the American Family board in 2013. Starting with $50 million to invest, Dan said they saw some early successes but also learned some hard lessons. Ultimately, the successes outweighed the lessons and American Family increased the investment pool to $200 million as innovations in insurance technology picked up. Now Ventures has closed a third fund, expanding to include other capital providers beyond American Family. Over the past decade, the focus has changed as well, from initially prioritizing strategic insight and access to technology to now prioritizing standalone financial returns.

While it’s hard to pinpoint the future, Dan says many startups are implementing austerity programs to withstand uncertain financial times. In the face of the pandemic, American Family Ventures has worked to stabilize the companies in their portfolio. They used the first month of the crisis to understand the implications the pandemic had on each company’s outlook. Next Dan’s team prepared companies to access resources through the CARES act if it made sense for the company to seek funding. Although there haven’t been widespread extreme changes to early stage company valuations, Dan anticipates that this could happen in the coming months. Valuations have been atypically high and have continued to climb over the last few years; with demand disruption, companies may not be able to rely on the same growth expectations from previous years, he says. While American Family Ventures will stick to their core industries for investment, Dan expects a robust innovation ecosystem to emerge at the seed stage and says that there will be interest in investment in these new ventures.

Dan acknowledges that the venture capital landscape is not as diverse as it should be but says at American Family “we know it is just good business to invest in diversity.” While American Family Ventures is always looking to invest in companies that are led by people who aren’t traditionally served by the VC community, the American Family Insurance Institute for Corporate and Social Impact explicitly focuses on this area. The Institute leads with social impact tied to financial return in order to make meaningful, lasting contributions to society. They invest in scalable social enterprises that promote economic opportunity for all, healthy youth development, learning and academic achievement, and resilient communities.

For students looking to set themselves up for investments in the future, Dan recommends focusing on building a network now. He says successful entrepreneurs take a networked approach to building their business. “It is the quality of your idea that matters but if you aren’t talking to many more people than you probably think you should, you are likely selling your idea short,” says Dan. Getting involved with your industry is important as well, because the more quality relationships you have, the more opportunities you’ll find. “Give to your network before you ask from it.” Dan adds, “it’s about giving; invest your time and money before you ask something back, concentrate on long-term relationships.”

While the outlook remains highly uncertain, partners like American Family Ventures are working with entrepreneurs to stabilize and strengthen for whatever the future holds.

Board Member News Newsletters
« Back to news
Back to Top